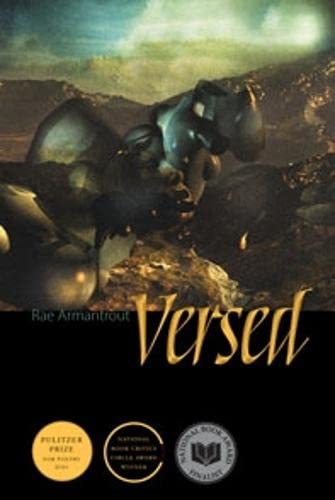 Winner of the 2010 Pulitzer Prize for Poetry

Rae Armantrout has always organized her collections of poetry as though they were works in themselves. Versed brings two of these sequences together, offering readers an expanded view of the arc of her writing. The poems in the first section, Versed, play with vice and versa, the perversity of human consciousness. They flirt with error and delusion, skating on a thin ice that inevitably cracks: “Metaphor forms / a crust / beneath which / the crevasse of each experience.” Dark Matter, the second section, alludes to more than the unseen substance thought to make up the majority of mass in the universe. The invisible and unknowable are confronted directly as Armantrout’s experience with cancer marks these poems with a new austerity, shot through with her signature wit and stark unsentimental thinking. Together, the poems of Versed part us from our assumptions about reality, revealing the gaps and fissures in our emotional and linguistic constructs, showing us ourselves where we are most exposed. A reader’s companion is available at http: //versedreader.site.wesleyan.edu/